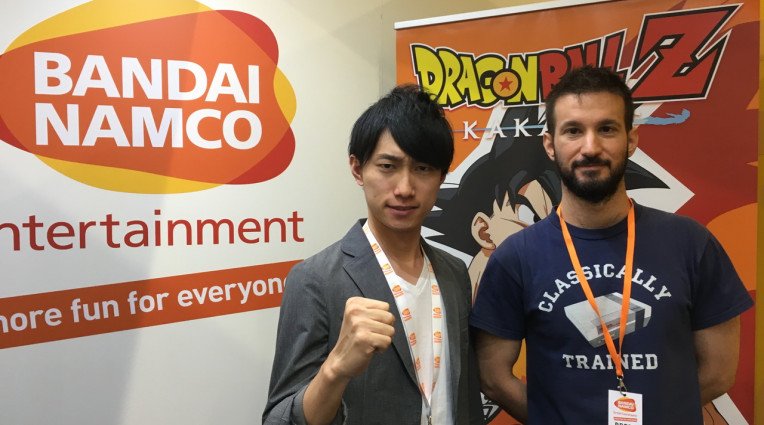 Click here to read the interview in Greek >>
A while back we ended up in the same room with Ryosuke Hara for a chat about Dragon Ball Z Kakarot, Bandai Namco’s attempt to let the players relive Goku’s classic storyline through an RPG. And this is how our conversation went.

Manos Vezos: So let’s start with you introducing yourself to our audience.
Ryosuke Hara: Hi, my name is Hara Ryosuke from Bandai Namco Entertainment and I’m the producer of the game Dragon Ball Z Kakarot.

Manos Vezos: Are their actions mainly AI-based or does the player exert any kind of control over them?
Ryosuke Hara: It’s a little bit of both. Generally they’re working on an AI base but you’re also able to set some special combo moves which you set in advance and you can use by pushing a button in the battle scene. So you’re able to set some timings for character actions. So it’s a combination of both. When you make a special combo, it also affects the support character.

Manos Vezos: So it’s conditional.
Ryosuke Hara: There is something that’s called the Support Skill that describes some kind of “controlability” of the combo movement of your support character. For example if Goku makes a special move, a special combo and after that you can control, for example PIcollo and shoot his special Beam Cannon. That’s something you can affect, control.

Manos Vezos: Is it up to the player to chose which character to use at any given time or do we have to change at specific times?
Ryosuke Hara: It’s also a little bit of both and there are some playable characters you have to use because of the storyline and then there are some free sequences where you are able to choose the player on your own. For example you can create your own team combination, so there are options.

Manos Vezos: Let’s say whenever I get the chance to choose on my own I focus on a specific character. Does this mean that this specific character ends up being overlevelled from some point on?
Ryosuke Hara: You’re right, there could be some differences by using only one specific character, but unlike the others you use, the skill up condition isn’t only based on combat and battle scenes, so you can skill up doing other stuff so I think that the overall balance is kept although you may use a certain character.

Manos Vezos: So if I leave a character lag, I can later expedite their levelling by other means.
Ryosuke Hara: Yes. Regarding skilling up in the storyline there is also a scene, for example, where Krillin gets this hidden spirits awakened on the planet Namek, so this is something that’s true to the original storyline. So there are also some skill up points which are set.

Manos Vezos: Let’s try some bigger picture stuff. I kind of feel there’s a trend in the last few years with Bandai Namco’s main franchises doing some kind of… let’s call it a pivot to somewhat open-world game design. I know it’s not fully open in this case but it feels like there’s a trend.
Ryosuke Hara: So you’re wondering if this is a new trend by Bandai Namco?

Manos Vezos: If it’s a deliberate move, something that the company overall believe they should be striving for for every major franchise.
Ryosuke Hara: First of all, there’s a few things. There is no common policy that the company tries to follow. Every game has its own IP and its own ideas so this isn’t about some policy of the company. This is not an open-world game. You have areas which are quite large and each world can be explored with a great level of freedom but, in a way, the main goal of this game is to create a game to tell the storyline of Dragon Ball Z and to get to relive the experience of Goku as a player. This is the main reason. And to achieve this feeling a big scale world has to be there as an environment to give the player this feeling. But it’s not an open world due to the storyline.

Manos Vezos: Understood. Speaking of story, you obviously have to rely on canon as that’s the story you’re trying to tell. But you’ll also be adding stuff. Is the new content to also become part of the canon?
Ryosuke Hara: First of all, there are side stories. There is the main story in which we try to remain as true as possible and then there are some original stories that we added to this game. While there are some substories, we always kept in mind to also stay true to the DNA of Dragon Ball world. It’s something that works in layers. This means we sought to also tell original stories which won’t affect the original main storyline.

Manos Vezos: OK. Is there room for others stories that actually are part of the canon but have never been shown before either in manga or anime form?
Ryosuke Hara: Yes, there are several settings that where created by Akira Toriyama himself and based on this original settings, we created some additional substories. So there are many of this kind of substories that were never told in the original.

Manos Vezos: Are they to now be considered officially part of the overall canon of the franchise?
Ryosuke Hara: Yes, in the case of the substories that were created by Akira Toriyama himself, but there are also original storylines which were created by the development team. The first, the settings of Akira Toriyama, should be accepted as part of the main storyline, yes, but, to answer your question, not everything.

Manos Vezos: You said time and again that your approach is different this time around, as this isn’t a PvP game, it’s a PvE game, so you don’t have to take the same considerations about balancing characters and the like. That’s obviously what’s needed to be done to facilitate boss fights. But what about the smaller fights?
Ryosuke Hara: I think the real attractive point of this version, as you said, is that it’s not only the boss fights, so you can experience the life as a Z fighter during the training, during the smaller fights, living the world of the Z fighters like Goku, Gohan etc., experience another point of view of the Z fighters, not just the big fights.

Manos Vezos: OK. Got it. I think we’re done. Thank you very much for your time.
Ryosuke Hara: Thank you.

A while back we ended up in the same room with Ryosuke Hara for a chat about Dragon Ball Z Kakarot, Bandai Namco’s attempt to let the players relive Goku’s classic storyline through an RPG. 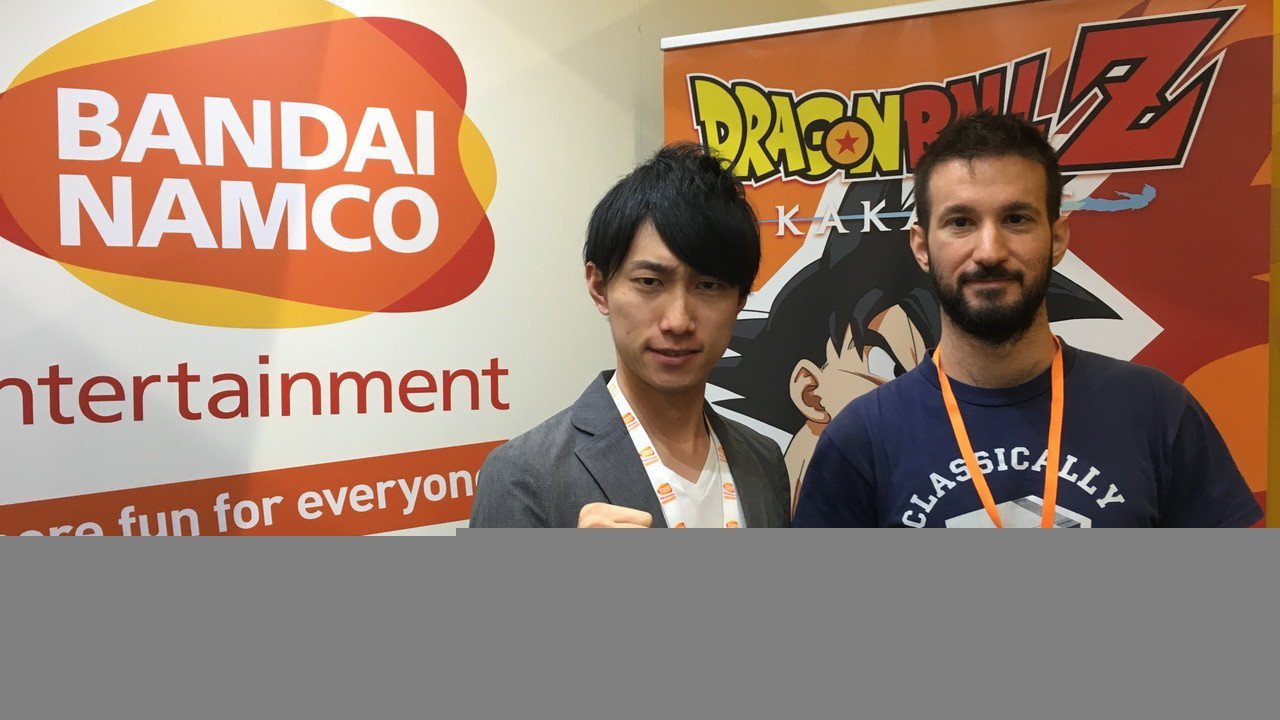