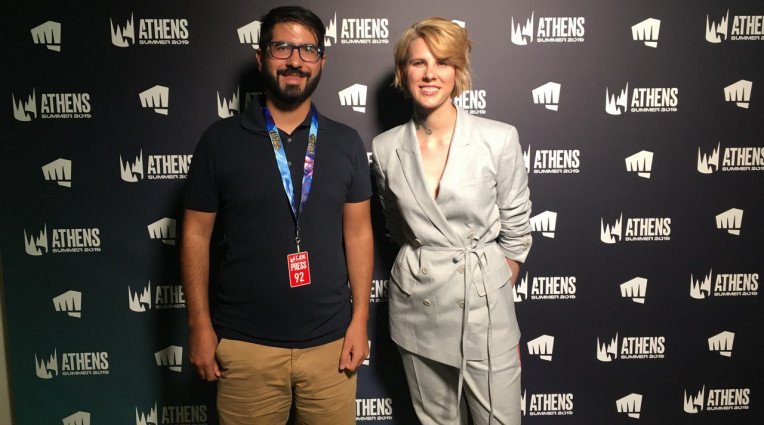 Click here to read the interview in Greek >>
Enternity attended the LEC Summer Finals 2019 that were held in Athens, Greece and, thankfully enough, we had the opportunity to sit down for a quick chat with Indiana "Froskurrin" Black. So we picked her brain a bit about her, at that point, expectations for the Finals, her views on the upcoming World Finals and more. Enjoy.

Stavros Vergos: Hello, I'm joined here by Frosk, we're here for the LEC Finals in Athens. It's nice to have you here with us. How has your first year been in LEC?
Froskurrin: I mean, I've gotten this question like 4 times today and the honest truth is just it's just been like amazing. Unfortunately I don't if my voice will convey the excitement but working with the teams, the audience, on-air, off-air, broadcasting and LEC has been a life-changing experience and I mean that in the most sincere way.

Stavros Vergos: I remember one of your... you said last year that the ability to cast in a stadium, to a live audience, was one of your reasons for going to the EU. Was your wish fulfilled?
Froskurrin: Ah, yeah. It's a completely different experience to the LPL. Obviously it's a secondary language broadcast, we would often kind of like point in a broom closet for our time in Australia. And then coming into China, while we were in-venue we weren't going out to venue and it's just a completely different experience to talk to a crowd, have a crowd interact and react to what you're doing and you're saying kind of energy. The experience in Berlin has been amazing. It doesn't come without its shortcomings. I dealt really heavily with a lot of stage fright early on in the LEC and it was kind like give and take, kind of like week to week, but I'm feeling fine so far and we'll see if maybe that changes if I step out in the arena and it's super full but it feels good right now.

Stavros Vergos: What are you predictions for today's game and tomorrow?
Froskurrin: I think it's pretty easy to say it's going to be a Fnatic - G2 final. The thing is that I think it's really important who wins the first game today, because I see, there's windows that Schalke can win, I think Schalke love to fight 2v2 on the bot lane, they don't usually take a losing match-up and while Rekkles and Hyli had an incredible performance against Perkz and Miky in their G2 series that went all the way to five games, they were winning match-ups that they shouldn't have been winning, like Ezreal - Rakan into that Morgana game and that shouldn't happen. It shouldn't have happened to Miky and Perkz and it definitely won't to IgNar and Upset. And while I give a lot of credit to how Hyli and Rekkles play things out, they play a much more limited champion pool than, I think, everyone else, so they're kind of masters of even bad match-ups and are able to punish that but ultimately, like, if IgNar and Upset play standard they shouldn't lose 2v2, it means that Hyli can't roam and it really slows down a lot of what Fnatic want to do and I think that's kind of Schalke's window in --and it starts with the bot lane-- but otherwise this should be a pretty easy rollover for Fnatic and then they should look at their rematch with G2 in the final.

Stavros Vergos: I see that before the MSI you'd rated G2 lower than Fnatic, I don't remember exactly the reason but it was something like G2 not playing to their full potential. Do you feel like Fnatic can find a weakness, find a weakness in G2's mentality and try to win this game?
Froskurrin: I think, right now when you look at kind of the highs of both teams, that G2 now have kind of ascended to perfect form, if that makes sense, a lot of the holes in G2 at MSI were that Perkz and Miky didn't have the same synergy and longevity and time to develop that synergy as teams like Fnatic had. Now as we're at the end of the year, I think Perkz has definitely made good on his promise that he was going to be the best ADC in Europe. I don't think that it's by, like, a large margin that he's better than guys like Rekkles and Upset. I think the LEC has progressed to a point where if you don't have a god-tier ADC, you don't get to compete in this league. It's not enough to just have a good mid-laner and I think the fact that are last three standing ADCs prove that point. The thing is that Perkz just has that synergy with Miky, that intangible that you can't put your finger on, and then the flexibility of his champion pool and kind of how he thinks about the game as a legendary mid-laner. So now I think G2 kind of shored up all their weaknesses. They still have kind of a lot of variance in their play where... I mean they joke about it, sometimes you get Claps, sometimes you get Craps. I think we saw that very clearly in those series, the first three games of G2 versus Fnatic whereas, like, Fnatic, don't have that same variance. They 're very consistent at what they do, even if people think of Hyli and Bwipo as kind of like "coin flip" players but the game plan never changes. It's just a difference of did Fnatic lead in the early game? If yes then Hyli and Bwipo's playstyle works out perfectly. And if no, they don't really adjust it so they keep going in, they don't have the gold lead to back it up and then suddenly Hyli looks like a coin flip player where he's like 1/7. But. I think the fundamental is always there.

Enternity attended the LEC Summer Finals 2019 that were held in Athens, Greece and, thankfully enough, we had the opportunity to sit down for a quick chat with Indiana "Froskurrin" Black. 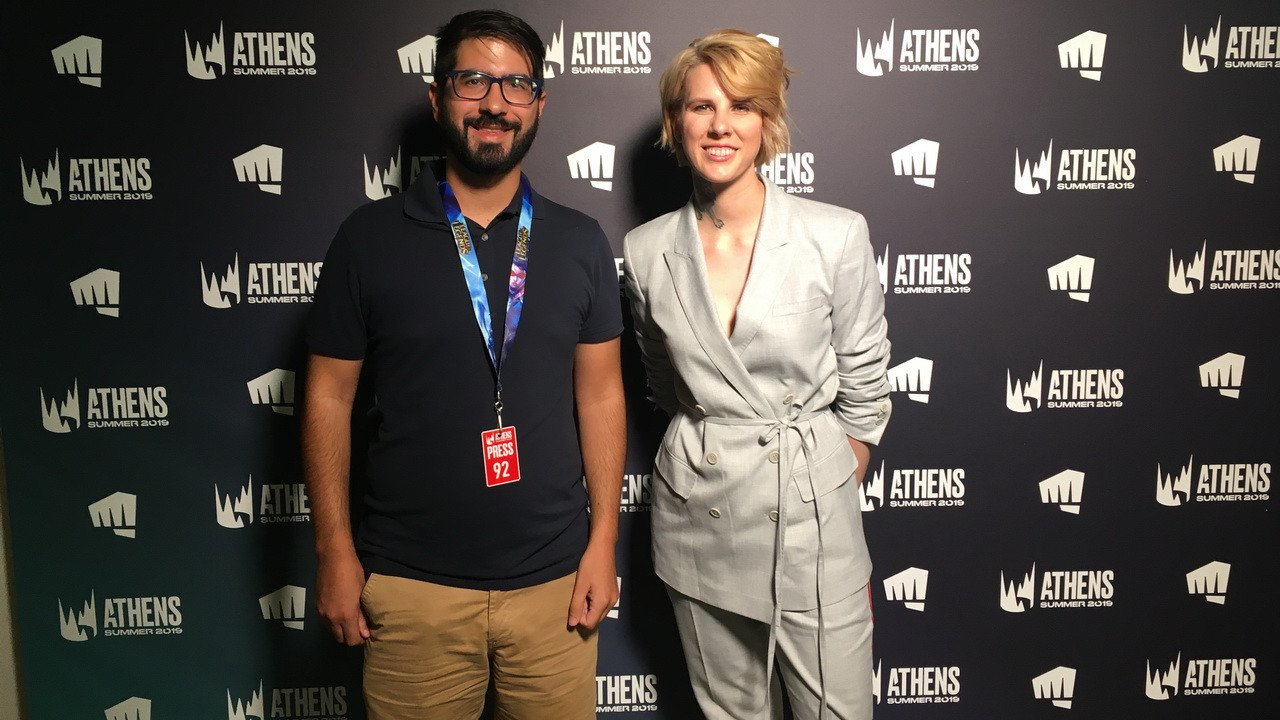